AlGhazzawi Group’s business activities can be traced back to the pre-boom period. In fact, the Group was in the forefront to welcome the economic prosperity which the Kingdom of Saudi Arabia witnessed in the early seventies. The Group owes its success to the pioneering efforts of its founder, Dr.Talal Amin Al-AlGhazzawi who foresaw the need for specialized engineering and construction companies to cater to the rapid expansion and infrastructure developmental activities in the Kingdom.

Please feel free to contact us. We will get back to you with 1-2 business days. Or just call us now. 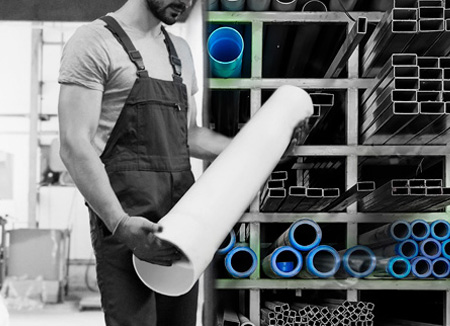 A 100% Saudi enterprise established in 1982. In a span of 25 years, SIP has established growth and leadership in quality, innovation, services and sales. Keeping pace with the technological development worldwide, SIP has developed its own uPVC and cPVC Piping system. It adapted the latest technology in the manufacture of PVC pipes and ﬁttings that is speciﬁcally suited to the requirement at minimal cost with excellent quality.

The company‘s comprehensive program has always been based on the continuous improvement in quality. SIP was the ﬁrst in its industry to achieve ISO 9002 quality certiﬁcation in the Middle East. It is also prequaliﬁed with ARAMCO

Saudi Industries for PVC Windows Co., (SIPW) is a 100% Saudi owned enterprise which was established in 1991 primarily to engage in the extrusion of PVC proﬁles and manufacture and installation of PVC windows and doors.

The factory is housed in a 10,000 sqm area in an Industrial city close to Jeddah.

SIPW was the pioneer company in Saudi Arabia and in all Gulf Countries to introduce PVC windows and doors systems. In 1993, SIPW realized the greatest demand in terms of product and quality.

Today, WINTEK Proﬁle system is considered to be one of the best quality proﬁles in the world.